Once we’ve created our list of those needing our apologies, it’s time to go out and apologize to them and mend the broken relationships as best as we can. The traditional wording of Step Nine is:

“Made direct amends to such people whenever possible, except when to do so would injure them or others.”

“Whenever possible, we will carry out unconditional amends to those we have hurt, including ourselves, except when to do so would cause harm.”

The Natural Next Step

Step nine arises naturally out of step eight. Once we’ve made our list of those with whom we must make amends, then logically, we need to start making amends. The reason these two steps need to be separate is that Step Eight asks us to reflect upon the situation before acting. When in recovery, it is important to pull back from acting on impulse – the actions created by our addictions. Instead, we spend some time in reflection. Once we move into Step Nine, we’ve already moved beyond the reflective period, and now, we’re ready to act.

“…Except When to Do So Would Cause Harm.”

Sometimes, making amends will dredge up past experiences that may do more harm than good. Times when even approaching another whom we have harmed could bring more harm or pain to that individual. This is especially the case for those who have injured others gravely through their addictions. In such cases, rather than seek out the individual who was wronged, one ought to first seek out an advisor.

Some people mistake amends for being a simple apology, but when we have addictions, very often, it’s the case that we’ve done some serious harm. For example, perhaps one took a lot of money from his or her spouse’s account to purchase drugs. Making amends would involve repaying his or her spouse and coming clean about the full extent of the problem. This is why, in extreme cases, it may be good to talk to a trusted advisor before so doing.

It’s best to make amends in person, if possible. However, sometimes, that can’t be the case. In such cases, indirect amends may be made. One may either write a letter of amends that will or will not be delivered to the individual. Donations to charities in the wronged person’s name may be appropriate in such cases.

Making Amends May Have Legal Consequences

Some of the things we have done while in the throes of our addictions can cause legal repercussions that impact our lives. When admitting to such wrongs, and dealing with the potential legal ramifications of so doing, it is important to do so under the guidance of a trusted mentor or advisor.

Should you need help determining how best to go about making amends for the wrongs you committed against others while in the clutches of your addiction, you can count on the professionals at Focused Recovery to be there. Contact us today for more information.

In Need of Help? 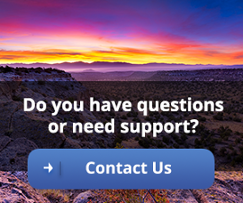